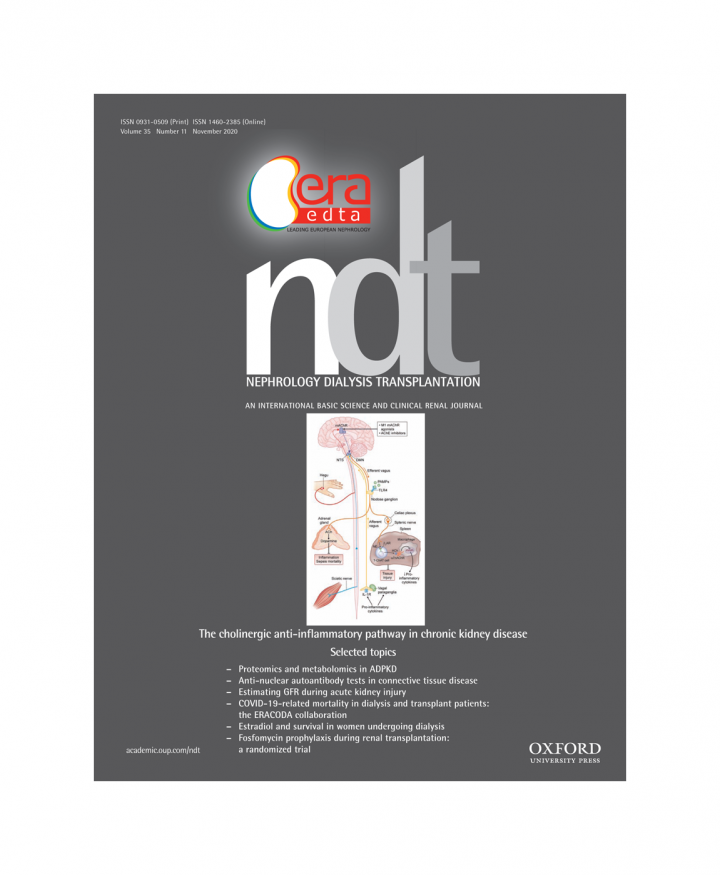 Plasma total adiponectin and changes in renal function in a cohort from the community: the prospective data from the epidemiological study D.E.S.I.R

Total adiponectin was assayed in fasting plasma samples from 3284 people randomly selected from the cohort.
Higher levels of adiponectin at baseline were associated with kidney function decline during a 9-year follow-up. This association was even found when people with type 2 diabetes or impaired fasting glycaemia during follow-up were excluded from the analysis.
In healthy people, the relationship between adiponectin plasma concentration and kidney function decline was similar to data in people with diabetes.

These results support the hypothesis of a deleterious effect of high adiponectin levels on kidney in humans. Thus, higher concentrations of adiponectin could be predictive of renal function decline in healthy people as well as in people with diabetes. 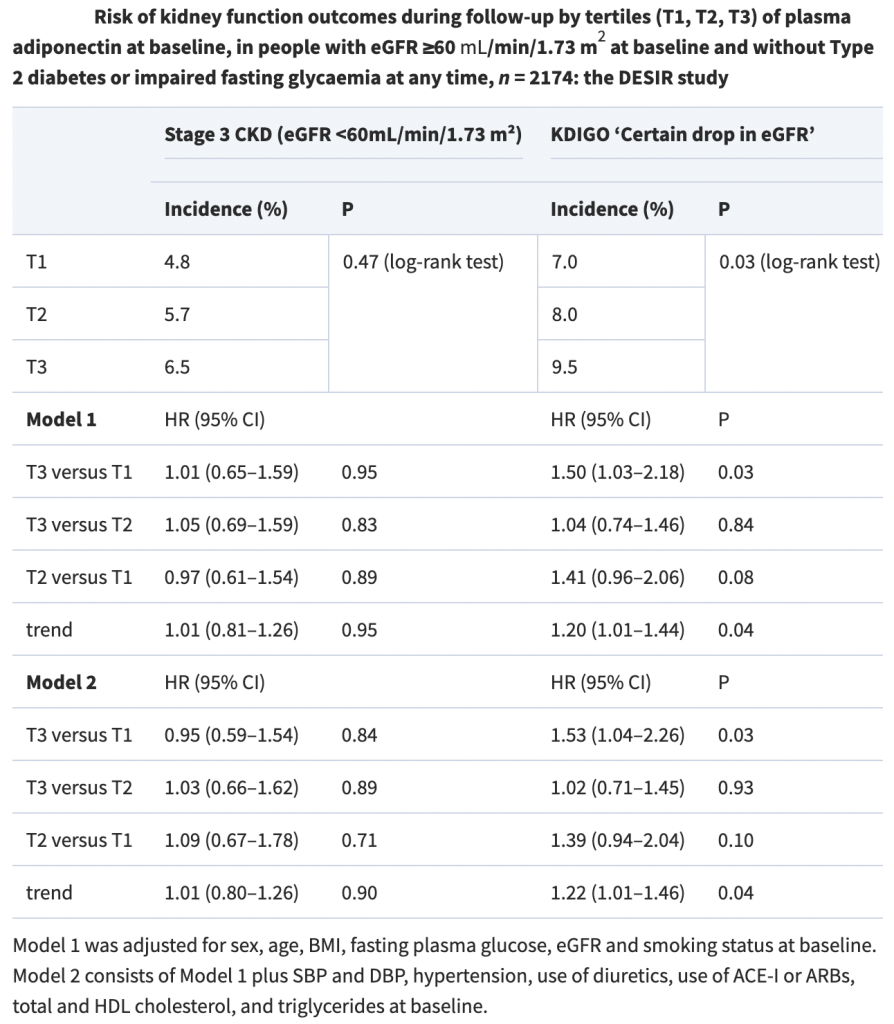 You have comments, questions on this work? Drop us a line in the comments section. We’ll be happy to exchange further with you.