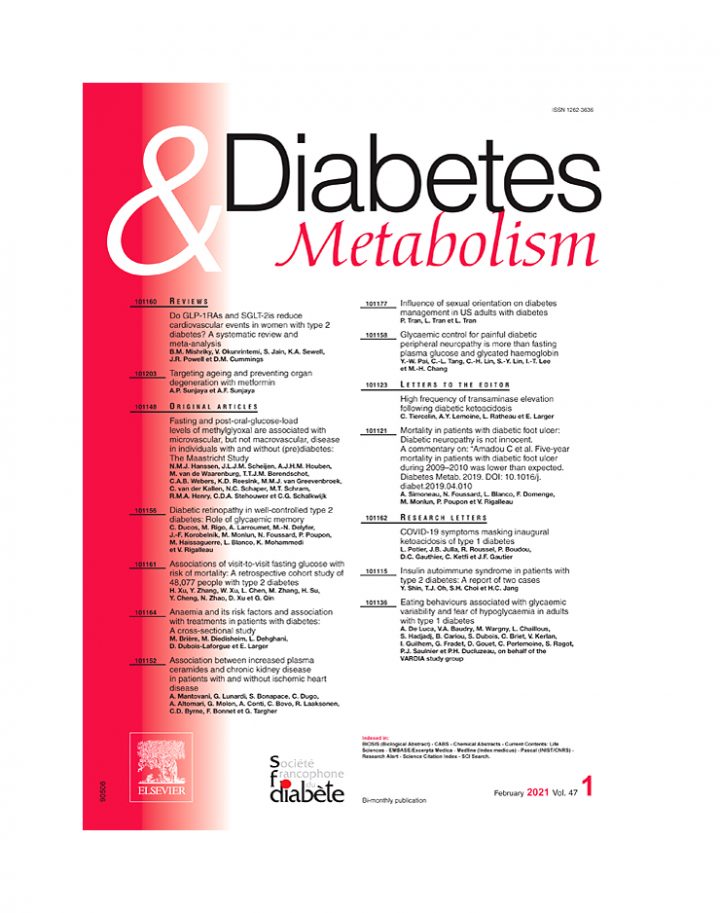 Women free of diabetes mellitus (DM) are less likely to develop atherosclerosis than men. In contrast, In women with DM, this difference is less obvious, given a phenomenon referred to as ‘the female disadvantage’.

To assess the prevalence of coronary artery disease (CAD) in premenopausal, non-smoking women with either type 1 or 2 DM, authors conducted a single-centre, observational, retrospective study at Lariboisière Hospital in Paris, France, that included people who had undergone 16,889 coronary angiographies (CAs) between April 2009 and December 2019.

Significant CAD was found in 40% (17/42) of women and 66% (39/59) of men, although CAD topography and severity did not differ significantly between the two groups. In addition, in patients with CAD, the proportion of patients with type 2 DM, those requiring insulin, mean age, average duration of DM and usual CV risk factors (high blood pressure, dyslipidemia, familial CV disease) were similar between the two groups. Moreover, the men and women with CAD had comparable microangiopathic complications. However, BMI was significantly higher in women with CAD vs men with CAD whereas, in the subgroup of patients without CAD, BMI did not differ significantly between women (n = 25) and men.

Overall, in a selected population of those undergoing CA, the prevalence of CAD in young, premenopausal, non-smoking women with DM and cardiac symptoms was high (40%), and the impact of obesity on the risk of CAD appears to be greater in women than in men. Given the large amount of available data, gender-specific factors are thought to explain the higher CV risk in women. Thus, personalized screening for women is mandatory.