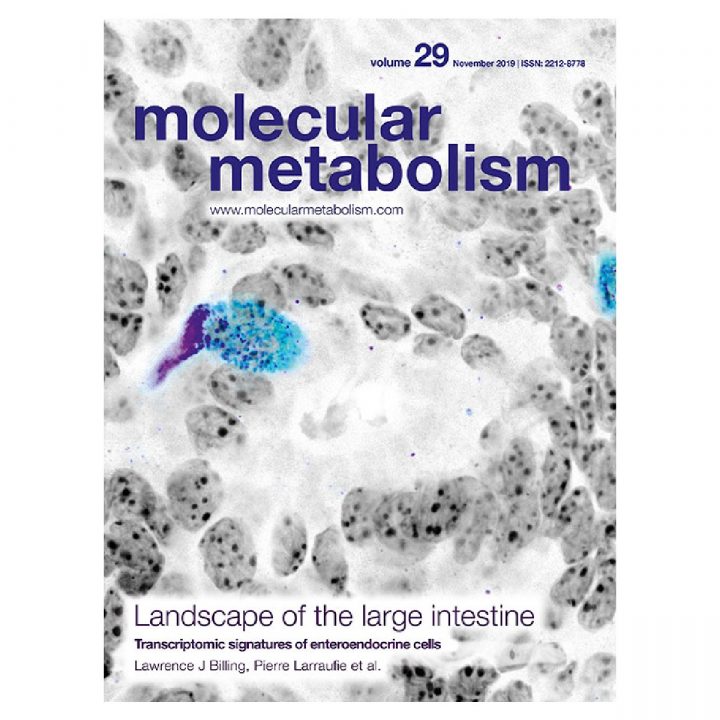 The present work was done in collaboration with the REGLYS team headed by Christophe Magnan at the Functional and Adaptative Biology Unit in Paris.

Prokineticin 2 (PROK2) is a hypothalamic neuropeptide that plays a critical role in the rhythmicity of physiological functions and inhibits food intake. PROK2 is also expressed in the main olfactory bulb (MOB) as an essential factor for neuro-and morphogenesis. Since the MOB was shown to be strongly involved in eating behavior, PROK2 could be a new target in the regulation of food intake and energy homeostasis, through its effects in the MOB. A gain/loss of function approach was used to address the role of PROK2 in the MOB in the regulation of feeding behavior and energy homeostasis in mice.

In addition, since a recent study in humans described that plasma PROK2 level was associated with metabolic syndrome, the authors also explored whether plasma PROK2 level and PROK2 genetic variants in people from the Data from an Epidemiologic Study on the Insulin Resistance Syndrome (D.E.S.I.R.) cohort could be correlated with metabolic parameters.

You have comments, questions on this work? Drop us a line in the comments section. We’ll be happy to exchange further with you.